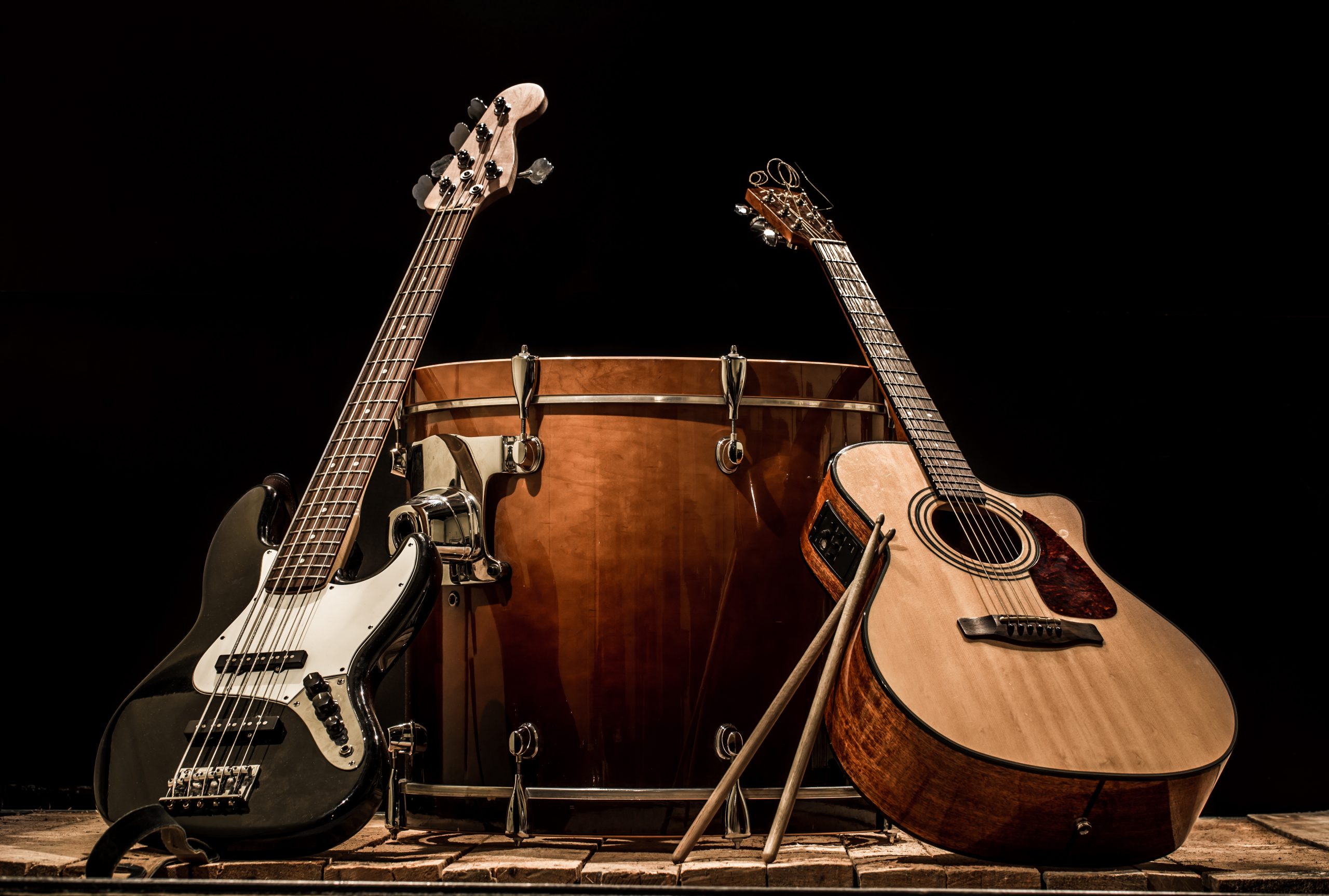 If you’re shopping for the best bass guitar, you may wonder how to tell a bass from a guitar. That’s understandable because both are string instruments and are featured in much of classic and modern music. The key difference is the range of notes covered by each musical instrument, but that’s not all. So, stick around if you’d like to learn the major differences between a guitar vs bass.

What is the Difference Between a Bass and a Guitar?

The most obvious difference between an electric guitar and a bass is the number of strings they have. There are usually six guitar strings on a regular guitar, while the standard bass guitar features four strings. Of course, players can choose an extended range instrument to suit a particular style of music if preferred. Also, users will notice a sound difference when comparing an acoustic bass guitar vs an electric model.

Classical music theory suggests that the bass in music operates as the foundation of an arrangement. For example, from country to metal, the bass player helps provide the rhythm of the music, while the guitar players are free to carry the melody. While the guitarist is usually the center of attention, the bassist serves as the backbone of the music being played, especially in intricate pieces.

Compare the upright bass vs the bass guitar to understand the roots of the modern electric bass guitar.

Even if you’re playing a six-string bass, it will have thicker strings than a standard guitar. In the battle of bass vs guitar, the bass typically covers the lower notes of the bass clef. Conversely, the guitar has a wider range, two additional strings, and more frets, and its music is usually written on the treble clef.

Every musician is different, so there’s no way to know which string guitar will be easier for you to learn. Some players find the thickness of four-string bass strings difficult to play because they lack the finger strength to hold them down. On the other hand, some users have issues with memorizing guitar chords and the additional strings on a normal guitar.

Should you take guitar lessons?

While there are many online resources or books for becoming a bass guitarist, most experts recommend in-person or live online classes for complete beginners. Lessons play a prominent role in developing good playing habits and a basic understanding of proper technique.

Can bass be played without an amplifier?

Unless you’re using an acoustic guitar, you’ll want to use an amplifier to hear yourself play or perform for a crowd. As with any electric instrument, the body of a bass guitar is solid, so there isn’t much resonance. If you want to forgo an amplifier, consider picking up acoustic bass.

Does bass guitar hurt your fingers?

It is common for beginners to complain of discomfort when first learning to play bass or guitar, thanks to the metal strings. Since the typical bass playing style involves finger plucking, users may want to take it slow while building finger strength and calluses on their fingertips.

Fender developed the first mass-produced electric bass guitar, which was released in 1951. (source)

Make sure you tune your guitar before practicing or playing for a crowd. Even an expensive guitar won’t sound good if it is out of tune.

Be sure to take breaks from playing, especially if you’re a beginner, so you don’t hurt your hands on the thicker strings of the bass guitar.