I added this to top 5 bass guitars for beginners mostly because it is so affordable.  In all...

I LOVE this bass.  I would have any bassist start on this bass if they were getting into...

For the price, I wouldn’t think twice about telling anyone I know to feel comfortable buying this...

If you want a beautiful Hofner Bass at a fraction of the cost of the vintage models, this...

The bass guitar, in my opinion is the part of music that is both under appreciated and as essential as music itself. While some may think that because of the rise of the DJ, the bass guitar is getting replaced with Samples and Synthesizers, the truth is, the bass guitar will always remain an essential part of all music, whether it is sampled or not.

While the bass guitar may not seem like it is being celebrated as much as the days of Jaco Pastorius and Charles Mingus, we have bass players like Victor Wooten, Oteil Burbridge, Thundercat, Joe Dart, Felix Pastorius, Michael League, MonoNeon and Cody Wright all out pushing the envelope for the instrument.

I bought my 1995 Fender Jazz American Standard in Tulsa OK in 1995.  I remember it like it was yesterday – it called to me from where it hung on the wall like Excalibur calling to Arthur.  I sat in the store and played it for an hour without ever plugging it in – the tone of it was loud & full even unamplified.  And the wood under my fingers, the roundness and depth of the neck as I gripped it – everything about it just felt like a match.  Since that day 25 years ago I have played this bass at every live show, and every recording session, never once feeling the need to play something else.  It can sound like almost any style or era, depending on how and where it’s touched.  It is nothing short of magic perfection.

In those 25 years it has been dropped, kicked, fallen off of guitar stands & tables, fallen out of vans and trailers, sat in the direct sun, had drinks spilled on it, been tossed 10 feet by baggage handlers, gone to 35,000 ft and back a thousand times at least, all without so much as going out of tune.  The last time it needed maintenance was in 2002 when it received a fret job.  In the meantime it has done over 200 shows a year.  I’d say that’s pretty dang durable.

When I pick it up, a part of me revels in the tradition of J-bass players that I admire – John Paul Jones, Aston “Family Man” Barrett, Billy Cox, & Jaco Pastorius, to name just a few.

Amazon.com
$429.99
See it
Last Amazon price update was: July 20, 2021 12:00 pm
× Product prices and availability are accurate as of the date/time indicated and are subject to change. Any price and availability information displayed on Amazon.com (Amazon.in, Amazon.co.uk, Amazon.de, etc) at the time of purchase will apply to the purchase of this product.
9.6 Expert Score

This bass is affordable, but its built to last with a vintage look and iconic Fender bass guitar sound.

Amazon.com
out of stock
See it
Last Amazon price update was: July 9, 2021 9:14 am
× Product prices and availability are accurate as of the date/time indicated and are subject to change. Any price and availability information displayed on Amazon.com (Amazon.in, Amazon.co.uk, Amazon.de, etc) at the time of purchase will apply to the purchase of this product.
9.3 Expert Score

Not only does the Gretsch G5440LS Electromatic Hollow Body Long Scale Bass Guitar do justice to vintage tones expected of such a bass guitar, but it does it at a fraction of the price of the vintage counterparts.

Amazon.com
$479.99
See it
Last Amazon price update was: August 23, 2021 12:57 pm
× Product prices and availability are accurate as of the date/time indicated and are subject to change. Any price and availability information displayed on Amazon.com (Amazon.in, Amazon.co.uk, Amazon.de, etc) at the time of purchase will apply to the purchase of this product.
9.3 Expert Score

While fretless basses aren’t recommended for beginners trying to find notes, this bass is affordable and if you do learn on it- you will learn to be an especially professional musician at finding notes.

Amazon.com
out of stock
See it
Last Amazon price update was: September 10, 2021 6:34 am
× Product prices and availability are accurate as of the date/time indicated and are subject to change. Any price and availability information displayed on Amazon.com (Amazon.in, Amazon.co.uk, Amazon.de, etc) at the time of purchase will apply to the purchase of this product.
9.1 Expert Score

The Hofner Violin Bass Guitar comes in a range with different features at different costs, but they all have that thing.

Obviously, we all immediately think Paul McCartney.  And for good reason – the bass playing on the Beatles tracks is remarkable in the way the tone meshes with the other instruments and supports the overall sonics, no matter what kind of song it is.  The sound is hard to describe – “woody” “hollow” “thumpy” “dark” – these come close, but it is truly a sound like no other.

For me, though, my love of this instrument really started when I first heard Chris Wood using it with Medeski Martin and Wood on the Combustication album & tour.  He still uses it with the Wood Brothers, and it is the perfect compliment to his incredible upright playing.

We also have musicians like Flea and Les Claypool still inspiring generations of musicians to truly put on a show with the instrument.

Discover Bass Guitar reviews by brand, or levels such as beginner/intermediate/professional, and read ratings on look, price and sound. 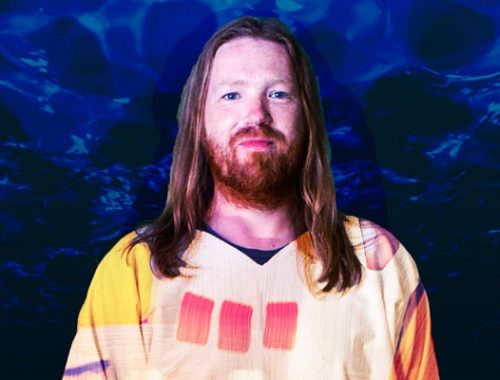 Is Bass Easier Than Guitar 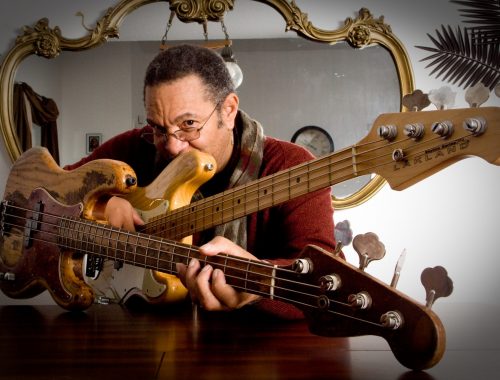 5 Tips To Improve Your Bass Tone 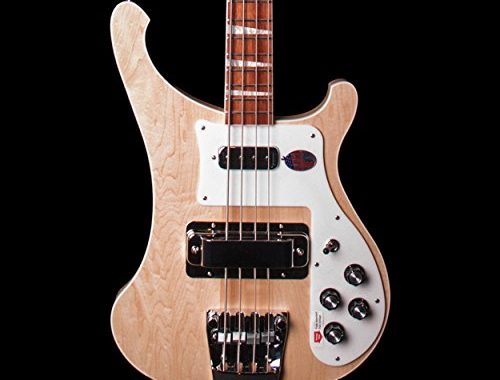 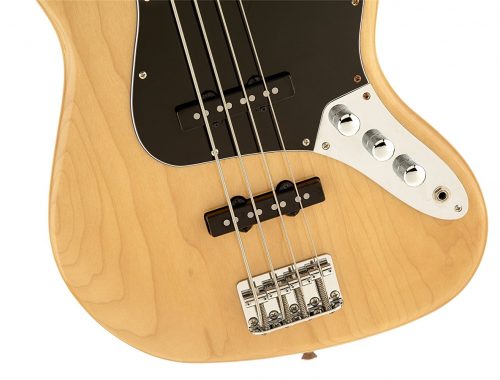 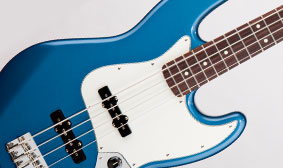 Happy Birthday @Beck You are one of the most insp

This week there were a lot of big birthdays in the

Happy Birthday #BobDylan What are your favorite B

Happy Birthday to one of the greatest #musicminds

What musicians hit you so deep when they play that

Happy Birthday to The Godfather of Soul, the Found

If these kids took this show on the road, would yo

Some amazing content of Shock G is surfacing since

What’s the most interesting instrument you’ve