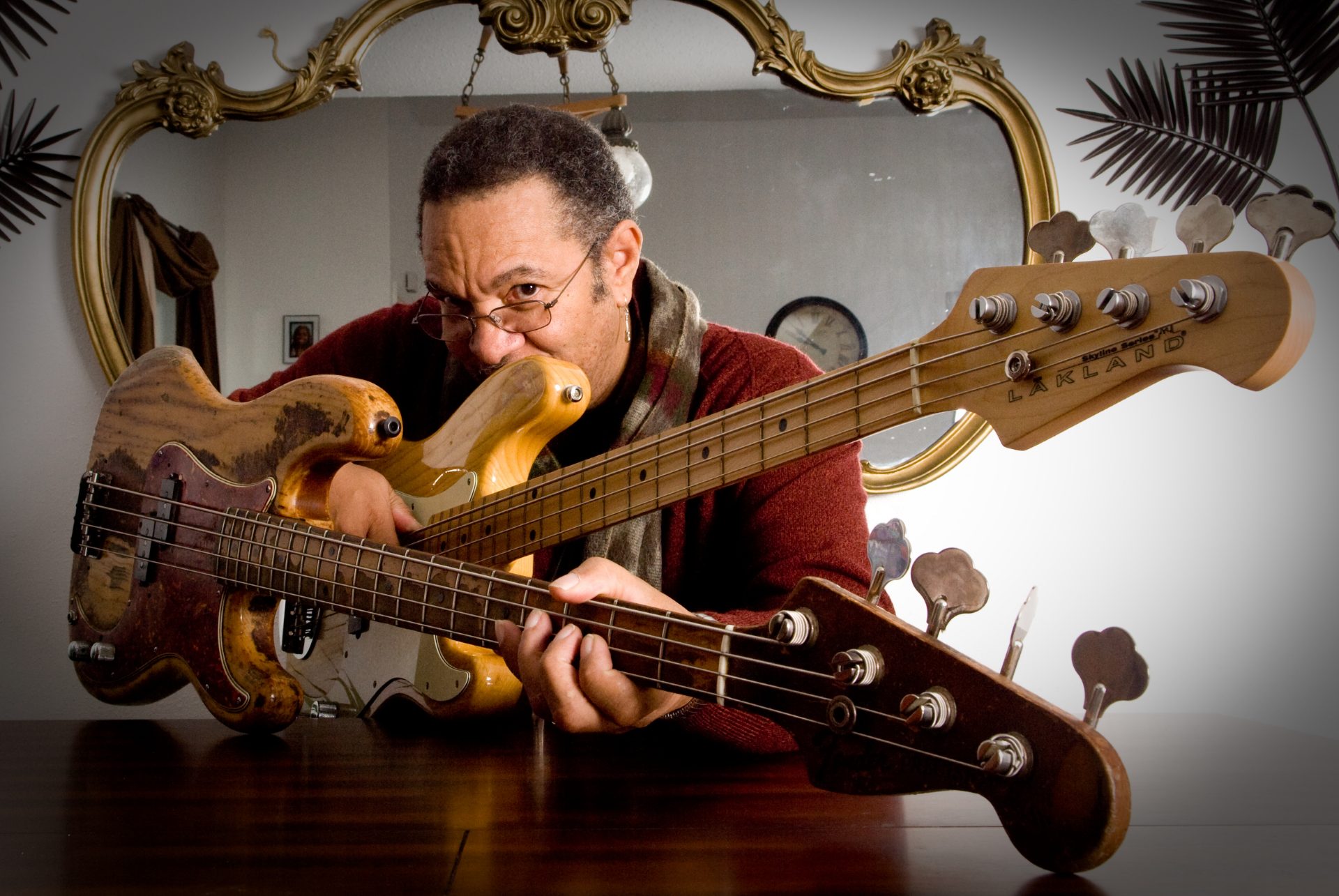 27 Dec From The Music Mind of George Porter Jr.

We interviewed one of our favorite bassists to discuss things pertaining to the best bass guitar, and thoughts from George’s life thus far as a professional musician.

When I was very young around 5 or 6 my mother thought music might be a way to keep me and my brother off the streets so she got violins for us.  That was very short lived. I had piano lessons briefly and found music came naturally to me. When I wanted a guitar at 8 years old she and my grandmother made that happen on the condition I take formal lessons. On my way to my classical guitar lessons I used to pass a house where Benjamin “Popi”  Frances and his grandfather were playing blues and other popular songs on the porch.

That is what I wanted to play, so eventually I  stopped going to my formal lessons and started learning from Popi and listening to other musicians on the street. Those informal experiences are what truly inspired me.

WHAT WAS THE FIRST ALBUM THAT REALLY GRABBED YOU? WHAT WERE THE SPECIFIC THINGS ABOUT THE ALBUM THAT MADE IT SPECIAL FOR YOU?

The earliest records that I heard were my fathers jazz records, I can’t speak to one album in particular. What made it special was the improvisation and the way the music was being approached. Hearing the way instruments intertwined challenged my young ears to want to do things like that.

The elements of a great song are when all the instruments and players are on the same page speaking to each other playing off of each other and interpreting each other. Every great song is a puzzle of properly placed parts.

Like a good book or a great movie one could say a great album starts in one place and the music progresses to a finale.

Earl King – singles:  Come on, Your Mama and Your Poppa, Trick Bag all of these songs had bass lines played by George French that were the bass lines that I was learning and strongly inspired me. They taught me the simplicity yet importance of a bass line.

As far contemporary artists  I am inspired by Otiel Burbridge  I would suggest listening to his solo work with Otiel and the Peacemakers such as Love of a Lifetime.

First; learn your instrument and develop professional habits at a young age.

Second; learn the business, as much as you can about it, knowledge is power. Stay in school.

A guitar specifically designed to be played by this bass player.

George Porter, Jr. is best known as the bassist of The Meters, along with Art Neville, Leo Nocentelli and Joseph Zigaboo Modeliste. The Grammy Lifetime Achievement award winning group was formed in the mid 60’s and came to be recognized as one of the progenitors of funk then called R&B.

Currently Porter leads his two bands of his own, The Runnin’ Pardners,  Porters project for the last 38 years whose current members are Micheal Lemmler, Terrence Houston, and Chris Adkins and The George Porter Jr Trio started in 2014 with Lemmler and Houston.

During the pandemic Porter Jr has been hosting and answering questions during regular Monday night Facebook streams of previously recorded  Porter Jr Trio live from the Maple Leaf gigs.

Plans to play live and stream from the Maple Leaf are in the works for January 2021.

The Runnin’ Pardners new album Crying  For Hope is scheduled for release in early 2021 with a special release of the title single Crying for Hope premiering on Dec 26th at Porters 73rd  birthday party live stream from DBA.