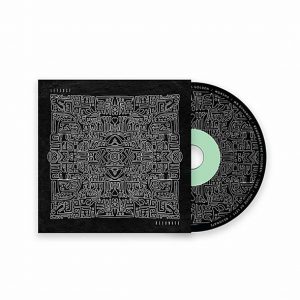 One of the most consistent bands in the live music scene have proven that even when touring is put on hold, the party doesn’t have to stop.

From the opening notes of “Blaze” to the title tracks “Resonate” the band holds the pocket with an unapologetic focus.  The art of funk is on full display as the band is always in rhythmic lockstep with each other, leaving just the right amount of space for each player to find their lane and weave an interlocking web of groove.

All of the funk legends that inspired this bands’ existence are apparent in the underlying fabric of the album.  With hints of James Brown, Average White Band, Parliament Funkadelic, Sly & And The Family Stone, The Meters, and Isaac Hayes, there is a clear respect for the roots of the sound.  What is impressive is how the band builds upon that foundation on this record.

With “House Of Lett” tying the funky backbone of the record to a modern Dance, House vibe and “Checker Wrecker” going in on the Go-Go beats of D.C., there is an undeniable modern element to this album that keeps it from being a portrait of the past.  “Resonate” is a foray into the future with a deep respect for the music it is built upon.

Even though the groove is consistent through the album, that groove does find space for “Remember The Children” which could be considered the ballad of the album.  The song is one of the few lyrical moments on the record which features the talented vocals of Nigel Hall.

While this album has been released while live music has been put on hold, one could argue that there is no better time to get a fresh dose of funk.

Support Lettuce by buying their albums or merch!