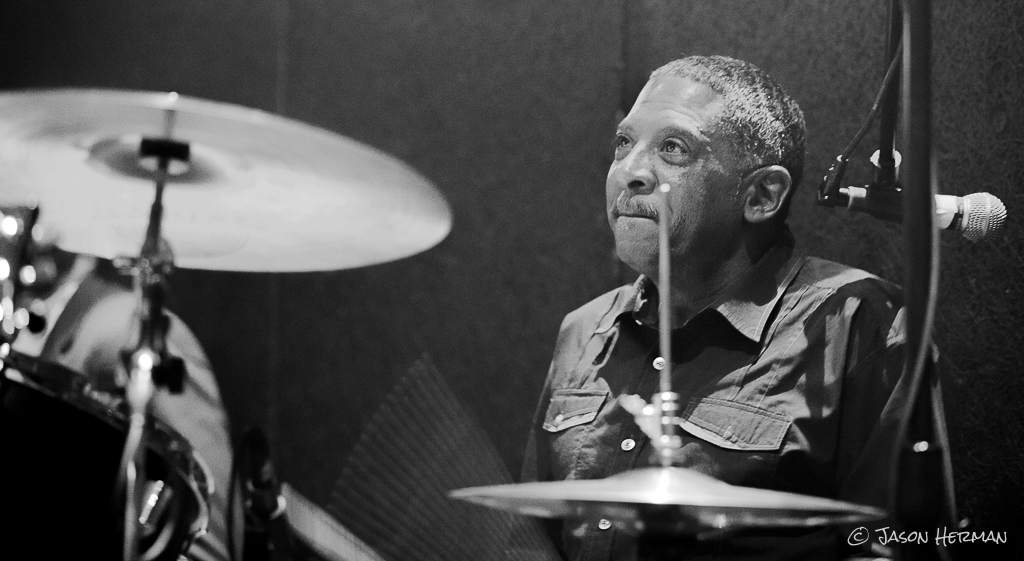 14 May Inside the Music Mind of James Brown Drummer: Robert “Mousey” Thompson

As the drummer for James Brown for 13 years, while touring and recording with Wilson Pickett, drummer Robert “Mousey” Thompson is an accomplished musician that carried the torch for the funky drummer himself, Clyde Stubblefield.

Mousey and I have had several opportunities to play the drums together holding the pocket for the James Brown Dance Party. When it comes to playing funk, the funky drummers that toured with James Brown all have a very special sense of time and discipline. While Mousey and I have had a ton of conversations about drumming and life as a musician, it was nice to get a little deeper with Mr. Thompson.

RT: The sound the excitement

RT: Listening Discipline and know when to come in

RT: James Brown of course and of his discography the Star Time set

RT: The flow of songs relating to the conclusion of what the title of the albums called!

RT: It was a big band with horns Cold Blood a song called shop talk I always wanted to play this song to play the drum solo

RT: I would say touring with James Brown ..and funny story , I was going to quit and Mr. Brown must have felt the tension and he said to me (Son you don’t want to do that  let me fire you, your chances of coming back is better )!!

MM: WHERE DO YOU SEE THE MUSIC INDUSTRY IN 30 YEARS:

RT: What industry? It’s what you and your fan base make it!

RT: Be respectful to other musicians and understand discipline within so it can gel

RT: Anything open after the gig!!

MM: WHAT ELSE DO YOU HAVE GOING ON?:

RT: Working with American Vinyl and I’m working on my own funky project!

Adam Chase is a visionary. He is a professional drummer and music director for his projects.