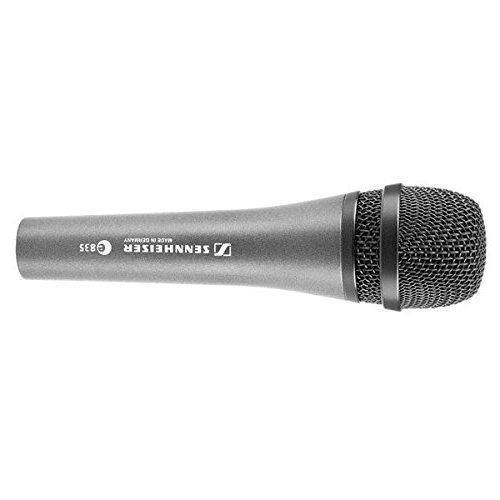 Microphones are quintessential to any studio, be it professional or an amatuer home studio.  You just can’t run a recording studio without them. The problem is that there are so many options for microphones that it can be overwhelming to know where to start.  Not only that, but there are a lot of really crappy microphones on the market that flat out suck. Eventually it will be smart to invest in a wide variety of microphones as different instruments have different needs when it comes to how to mic them, but to get started you can get by with a few affordable options that you can build upon later.  The Sennheiser e835 Vocal Mic is my first pick for the affordable mic that can function well in a variety of scenarios.    I have used this microphone in live settings for vocals and have used it for vocals and mic’ing amps in my home studio.  For the affordability, this is great starter mic to get up and running without breaking the bank. 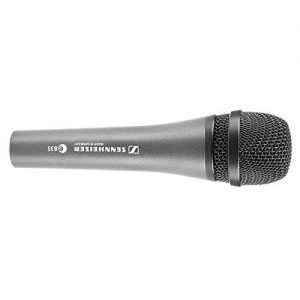 Can I use this in a studio?

While this microphone is advertised as a mic for live performances, I have had a lot of success using it in my studio for vocals and even with amps.  There are other mics I prefer for amps, but for the home studio and a tight budget this is a very versatile option.

Does the mic include a case or stand?

There is an option that includes a case and stand and it doesn’t cost much more than the stand alone mic, so it’s a no brainer to get the package if you need the stand and case.

This sennheiser vocal mic package is not necessarily intended for studio use as it is advertised as a live vocal mic as it is good at working with high levels that compete with drums and amps and also rejects feedback pretty well.  With that said, I have used it for some home recording and have no complaints with what I get. For the price and the versatility of this dynamic cardioid microphone, it is a great deal. The package option comes with a stand and mic cable which is valuable as well, although the mic clip takes a slight adjustment out of the box to get it to get the perfect fit with the microphone.

Mimi has been working in the Music Industry since 2007. She excels in organization; fulfilling roles as an Artist Manager, Tour Manager & Production, Album Release, Budget Analyst etc. She sees a variety of Gear and Instruments from artists on the road, to venue's backline to hear what sounds the best and whats the most durable. She earned her Business Degree from Roanoke College, and utilizes those skills to promote Artist Growth!