From the Music Mind of Carrtoons

Home > Music News  > From the Music Mind of Carrtoons

24 Feb From the Music Mind of Carrtoons

At Music Minds, our goal is to open up the minds of prominent musicians for fellow music makers and fans to get a look inside. From early influences to words of inspiration, enjoy this look inside of the mind of CARRTOONS (Ben Carr). 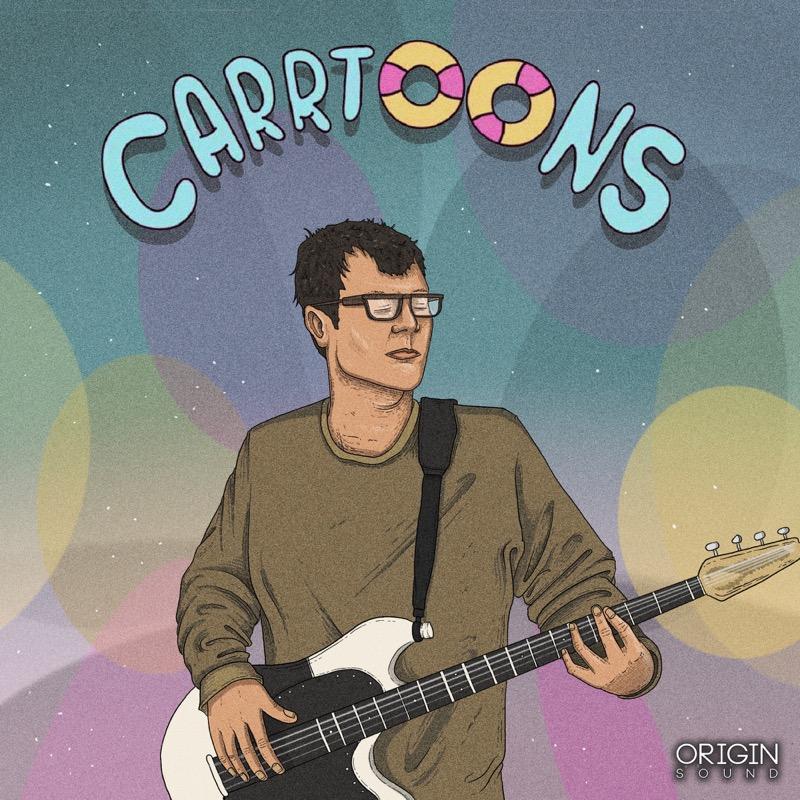 I grew up in a musical household , and got into music pretty casually at first. I got started by innocently messing around with the instruments in my house, and I got a lot of fulfillment out of it. It wasn’t until I heard Victor Wooten as a 7th grader that I got really serious about practicing and playing.

I was lucky that my father, Richard Carr, is a jazz violinist who pointed me in the right direction, and was very supportive of me pursuing performing/writing. I started performing in Middle School with a pop-punk band that I formed with my friends, and from that point on I’ve been hooked.

WHAT WAS THE FIRST ALBUM THAT REALLY GRABBED YOU?

WHAT WERE THE SPECIFIC THINGS ABOUT THE ALBUM THAT MADE IT SPECIAL FOR YOU?

I was always weirdly into the radio and obsessed with the Bad Boy catalogue in elementary school, but then got really into Classic Rock in middle school. I have a really fond memory of discovering Led Zeppelin I + II at the same time and being hooked. The bass and drums on those albums were really special to me. That was some of the first stuff I really loved that I discovered how to play and execute.

For whatever reason that, as well as Black Sabbath really spoke to me at that age, and made me wanna get on stage.

There’s a certain magic to a “great song” that is hard to pinpoint, and I think that’s part of the fun. The one thing I listen for in every song is sincerity. I find that to be the through-line between artists I love in all genres, and what I consider to be great music.

The thing I’m always looking for in albums is cohesiveness. I often think that every song on an album should be related to each other. I refer to songs as “cousins” of other great songs. I feel that on great albums every song needs to be related in that way, even if it’s a left-field track, I still wanna hear how it’s DNA is connected.

Thundercat – The Golden Age of Apocalypse

Be nice to people, and do your best to contribute to stuff that you want to hear!

I’ve still never owned a Fender P-bass so I’ll start there. Other ones that come to mind are Sitar, Mellotron, Farfisa, and a Harp. Constantly looking for way to incorporate those kind of lush sounds.

Bassist, composer, producer and multi-instrumentalist ​CARRTOONS​ is proud to present his first full-length vocal LP, ​SATURDAY MORNING​. A comprehensive journey through multiple genres, eras, and melodies, ​SATURDAY MORNING​ combines the cool of jazz, uptempo energies of R&B and classic elements of soul music. Fusing Ben’s musical inspirations with modern production techniques, the album bears its own unique sound, marking Ben as one of the brightest emerging talents in music.

Ben Carr​’s artistry places the deep, rich tones of the electric bass at the forefront of all his compositions. Descendent of a family with its own unique musical history, Ben received his degree in Jazz Performance at SUNY Purchase Conservatory in 2013. After a stint with the highly-influential ​Mad Satta​ collective, opening for acts like opening for acts such as ​Thundercat, Goapele, ​and​ Gabriel Garzon Montano,​ Carr became a fixture in the New York music scene. In the last year, ​CARRTOONS​ has become one of the most sought after producers in the hip-hop and soul scene through eye-catching Instagram videos and a catalog of creative originals and co-productions.

Following recent features with ​Mac Ayers, Topaz Jones, Rae Khalil, Will Heard, MXXWLL and many more, Carr makes his boldest artist statement yet with Saturday Morning, a record that announces the arrival of a compelling new star.