A Reflection on Police Brutality

There is a need for police that care about humanity.
If they can’t understand why people are upset they are not humane enough to be trusted with a deadly weapon and near certain immunity.
If the police force choose to be a part of the community they are paid to protect, regardless of if they agree politically with every citizen, they would be protecting the protesters and stopping only the trouble makers which are people that are vandalizing and attacking people and people that are driving cars into crowds and attacking protesters.

Instead we’ve seen an indiscriminate use of force against massive amounts of US citizens that are reasonably upset and exercising their first amendment.
Lets say for the sake of perspective that out of fear the police would have thrown tear gas and shot rubber bullets at the conservative protesters that were protesting measures for public safety during a pandemic.  If that would have happened those armed citizens would have gone to war with the police.
Every protester there had a gun.  How many police would have died if the police treated those protesters the same as they treated the protesters now?
One protest was all white people with confederate flags and the other is a mix of people protesting black oppression.

The difference in how the police and government handle and approach the issues that affect the black community have been consistently and historically imbalanced and prejudice.

If the police don’t agree with something citizens are doing, as long as what they are doing is protecting by the law it is not for them to disagree with it.  So if they don’t like the protests so much that they allow a truck to run into a crowd, they are not only being childish and selfish but they are breaking the oath the took to uphold the law and protect the citizens of this country.  The should no longer be employed by any police station. 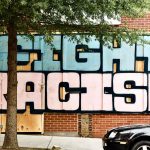 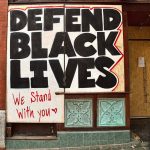 Since we are removed from the overt slavery of the past (we can discuss private prisons at another time), many right leaning people use the argument that since they didn’t own slaves they are not responsible.

That is problematic because it ignores the roots of distrust and fear. When something bad happens to a family of people over generation and generation, the effects are deeper than just what is happening today.

Instead of having the arguments of who is right and who is wrong it should be expected that the people paid to “serve” the citizens of this country should take the high road and side with finding a new approach that helps break down the generations of pain and build trust so that the tension can be relieved.

That same tension is the tension that shows up in video after video of racist attacks and police brutality.  The perpetrators of these crimes have so much built up distrust and resentment that it boils over into their actions.  They don’t see the humanity in people, they only see the threat that they have created in their minds as a result of allowing negative stereotypes to play in their minds.

So long story, not so short…the police should be expecting and required to protect citizens, even the ones they don’t agree with, even during times of civil unrest.  But moreso, we should be hiring the kind of people to police that WANT to protect the citizens regardless of race or situation.  We should hire the people that genuinely care.  Not the steroid, small dick, Napoleon complex fucks that need a gun and total authority to make themselves feel tough.

Adam Chase has been a professional musician and touring drummer since 2001.