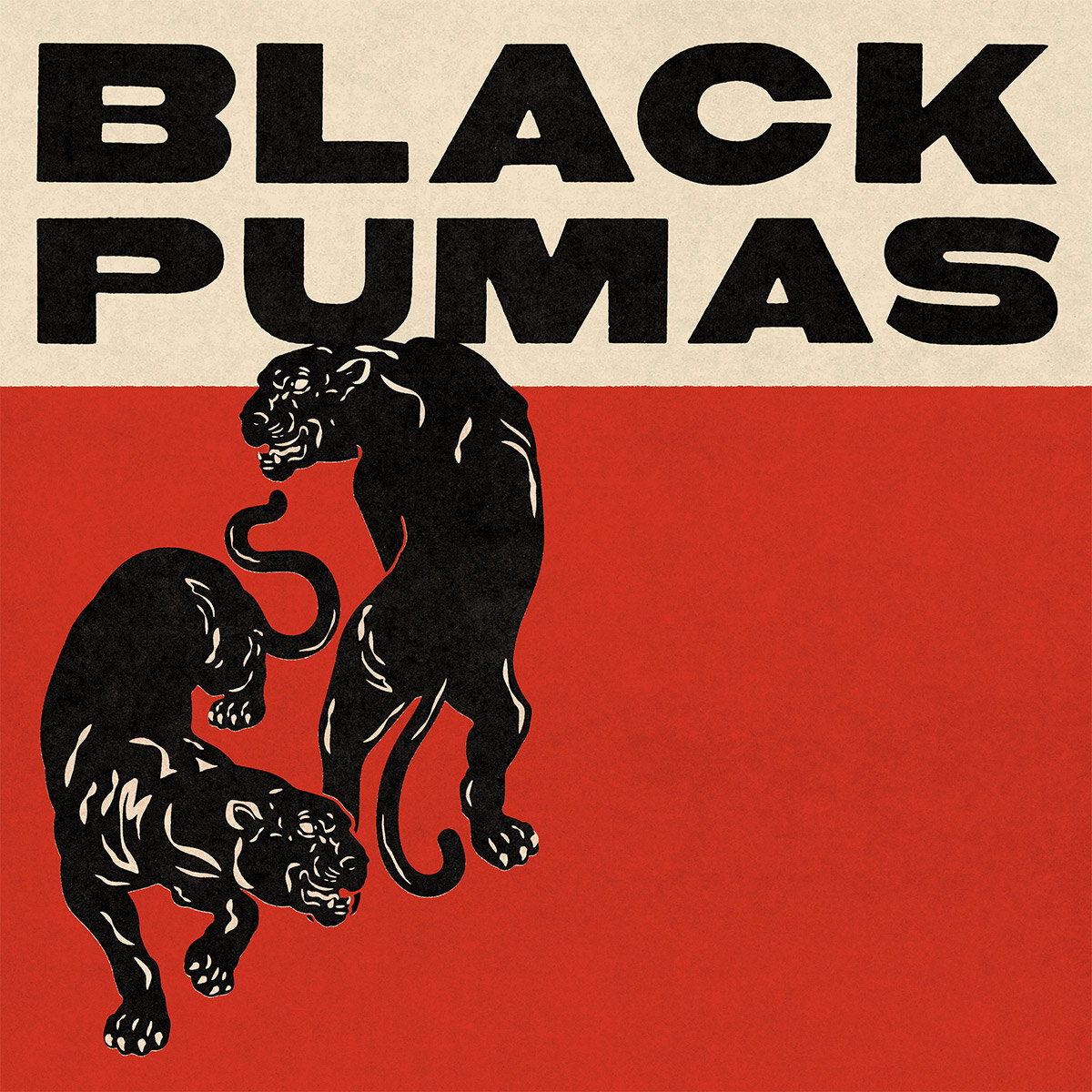 Posted at 17:40h in Album Reviews by Mimi Chase 0 Comments

Black Pumas self-titled release “Black Pumas’ ‘ marked the official debut of one of the hottest bands in the US. Starting with The Best New Band award at the 2019 Austin Music Awards, which came on the heels of the performance at South by Southwest in 2019, it didn’t take long for the duo led soul, rock band to have a major breakthrough.

Nominated for the Best New Artist for the 2020 Grammys, a building block was formed for the band which created high anticipation for the debut album. The 21 track double disc has a timeless sound that is highlighted by the soulful, energetic vocals of lead singer Eric Burton that immediately garnered praise from Rolling Stone, Pitchfork and NPR.

The production value is smooth around the edges with tonal qualities that are nothing short of being properly cinematic and worthy of future Hollywood soundtracks. There is a vintage quality to the album while simultaneously employing modern tones that really shine through a solid set of headphones. There is a refreshing organic quality to the album that reflects the early busking days of Eric Burton.

This debut album is a testament to how perfectly Eric Burton and Grammy Award winning guitarist and producer, Adrian Quesada are able to collaborate and blend their talents. The retro funk mixed with R&B is reminiscent of the soul legends of Al Green and Marvin Gaye. While this album is worthy of the Grammy nominations, we can’t help but to feel that the best is yet to come for this fantastic duo.

Keep up with Black Pumas www.theblackpumas.com

Mimi has been working in the Music Industry since 2007. She excels in organization; fulfilling roles as an Artist Manager, Tour Manager & Production, Album Release, Budget Analyst etc. She sees a variety of Gear and Instruments from artists on the road, to venue's backline to hear what sounds the best and whats the most durable. She earned her Business Degree from Roanoke College, and utilizes those skills to promote Artist Growth!